Telecoms: Space – The Next Frontier For Telecoms

This month has seen satellite base-station company Lynk launch what it says will be the world’s first commercial cell tower in space. Tower 1 is the firm’s sixth satellite – but the first to be covered by an FCC licence to operate a satellite direct-to-phone service.

Lynk plans to begin commercial service later this year, claiming it will help solve the world’s ‘0G problem’ and enable subscribers to connect everywhere. So is this the future of global cell coverage?

A cell network in space could plug the gaps in global mobile coverage by using satellites to connect to regular mobile phones and provide high-bandwidth mobile data anywhere on Earth. But building a mobile network in space is no mean feat. Mobile phones aren’t designed to communicate with satellites travelling at 17,000mph and 300 miles above the ground. Instead, they are optimised to connect with stationary cell towers just a few miles away.

An extraterrestrial mobile network will need antennas sensitive enough to collect the weak signals from our phones and powerful enough to return calls that our mobile phone receivers can pick up.

And a lot of satellites are required to provide truly global coverage around the clock. For example, with a few dozen satellites, a mobile phone user could expect a satellite to pass overhead every 90 minutes or so – providing just a few hours of connectivity a day.

A few hours is better than nothing for those living in remote areas with no existing coverage. But it’s going to take a while before everyone on Earth can take satellite connection for granted, any time of day or night

And then, of course, there’s the question of whether enough customers will be willing to pay for space-based satellite service. That will be particularly crucial in the early days when the service will be patchy. Still, satellite operators must raise substantial capital to launch enough satellites for seamless coverage.

Only time will tell whether we can expect out-of-this-world mobile coverage in the future. Watch this space…

Sometimes trailblazers don’t make it to the mountain top. Those were the words of CEO and co-founder Domm Holland when online payments service Fast announced recently that it was shutting down after running out of money.

The future of the one-click-checkout software maker had been in doubt for days, after reports that its 2021 revenue growth was modest, its cash burn high and its fundraising options limited.

Founded in 2019, Fast promised to provide online shoppers with a single payment profile which could be used, instantly, across participating e-commerce retailers. In addition, its Fast Checkout product mirrored Amazon’s one-click ordering process in a bid to make buying and selling frictionless for everyone.

So what does this say about venture capital? Was it a case of too much too soon – a founder with a big vision but not enough proof points to justify the valuation and investment? Or is this kind of failure something we need to see as tech entrepreneurs – more people willing to invest and take risks in order to deliver something great?

The demise of Fast comes as some other highly valued start-ups have begun to pull back. Workrise, for example, is reported to have laid off hundreds of employees only a year after the workforce management platform company was valued at $2.9 billion following a $300 million funding round.

But, as Domm also pointed out when he announced that Fast was closing its doors, even failed trailblazers pave a way that others will follow. Let’s hope they don’t all follow Fast over the cliff edge.

B2B: Blockchain Use Cases To Ponder

Enthusiasts have been predicting that blockchain could become as disruptive as the internet for a while. But, until relatively recently, for many people, it was the revolution that hadn’t quite happened.

Now, at last, it’s great to see some applications for the technology coming to life. Of course, the use cases differ from banking and insurance to food and pharmaceutical products, but the benefits of using blockchain are the same – transparency, immutability, redundancy, and security.

When JP Morgan, for example, launched its Interbank Information Network (IIN) powered by blockchain technology, the aim was to address the longstanding challenges of interbank information sharing and minimise friction in the cross-border payments process. Thanks to blockchain, payments have become faster, cheaper and more accurate.

Meanwhile, Volkswagen Financial Services announced last year that it was using blockchain-verified e-signature solution Scrive for its latest digital financing solution in the UK. The e-signature uses Guardtime’s KSI blockchain and takes a cryptographic hash of the contract, like a fingerprint, and stores it on the blockchain – making it tamperproof.

In the world of retail, Walmart was one of the first to use blockchain technology to control the quality and trace the origin of food. The benefits have included better food safety through traceability of the supply chain and transparency of data on shelf life, manufacturer and methods and conditions of transportation. Food waste and spoilage during transport have also been reduced by identifying problem points causing the most damage to goods.

Another example of real-world applications is the blockchain-based MediLedger Network developed by pharmaceutical companies, including Pfizer and Eli Lilly, to track prescription drugs across the supply chain to stop the flow of counterfeit medicines.

Blockchain is gaining momentum. And it’s no surprise that increased trust, security, and efficiency will always help B2B companies compete. And blockchain can boost all three.

Telecoms: Space – The Next Frontier For Telecoms This month has seen satellite base-station company Lynk launch what it says… 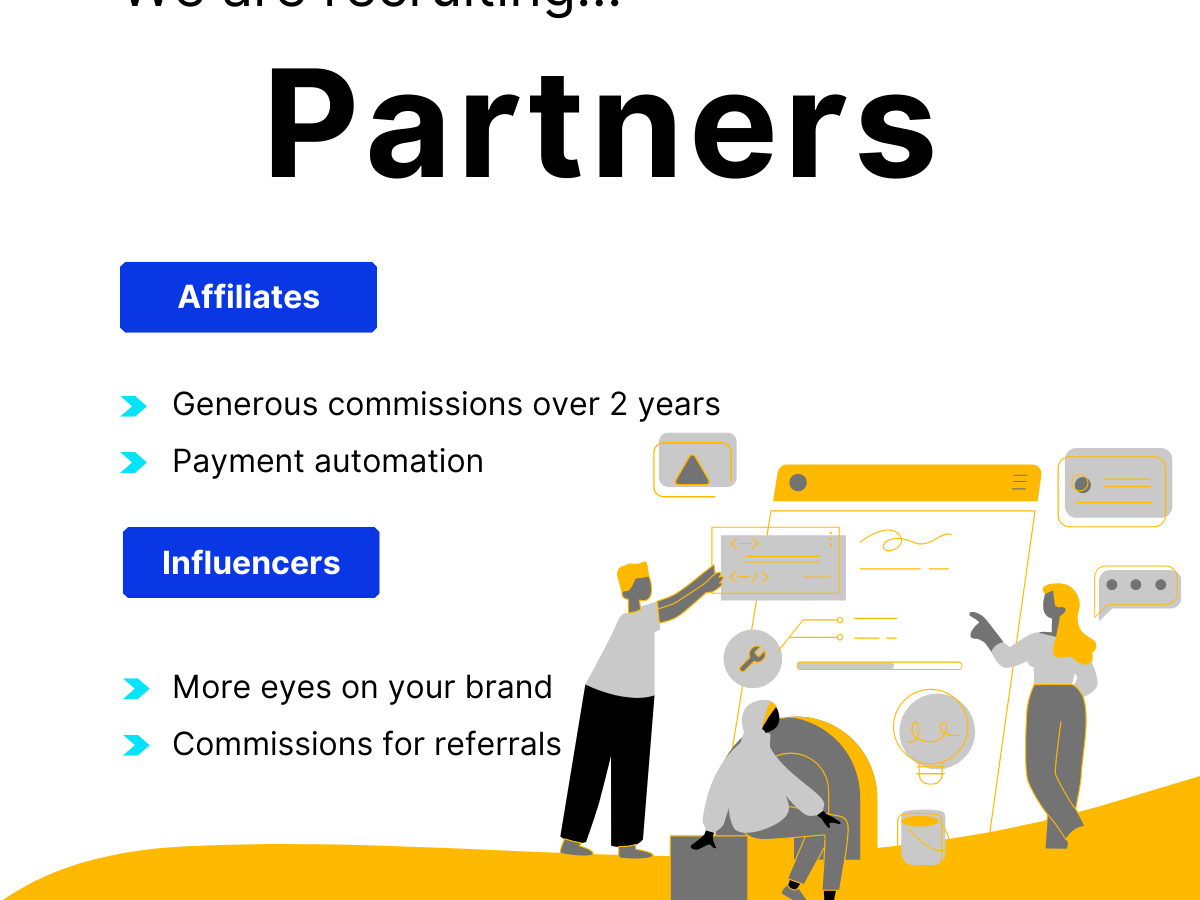 Handshakr has launched its affiliates and influencers programmes today. Our Affiliate Program will enable companies to generate new revenue from… 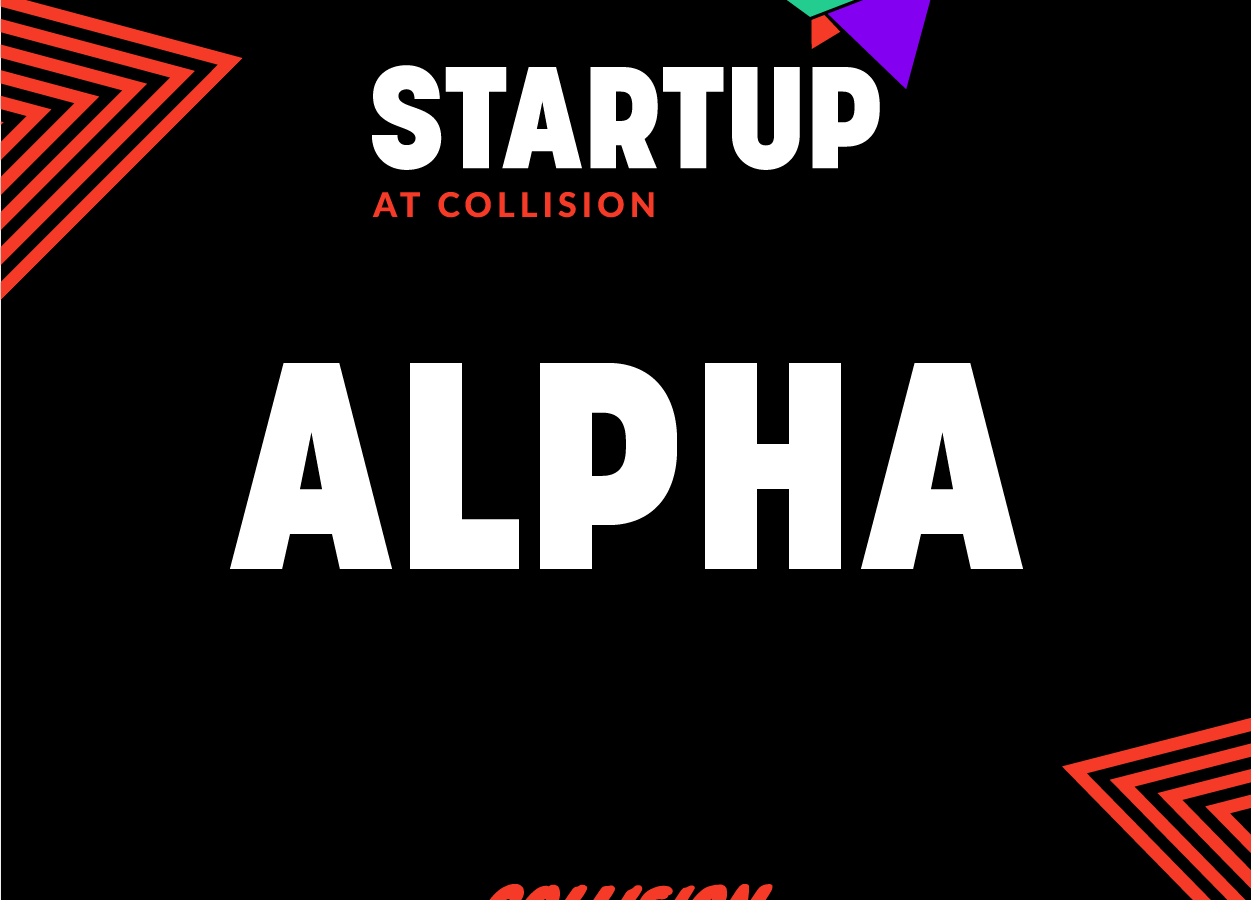 Handshakr selected as ALPHA Startup for Collision in Toronto

Whether you’re looking for innovation or an opportunity, we can help.

With nearly 1000 companies already enjoying our platform, we’d love to add you too.

Our monthly newsletter covers the latest hot takes on technology

We use cookies on our website to give you the most relevant experience by remembering your preferences and repeat visits. By clicking “Accept All”, you consent to the use of ALL the cookies. However, you may visit "Cookie Settings" to provide a controlled consent.
Cookie SettingsAccept All
Manage consent

This website uses cookies to improve your experience while you navigate through the website. Out of these, the cookies that are categorized as necessary are stored on your browser as they are essential for the working of basic functionalities of the website. We also use third-party cookies that help us analyze and understand how you use this website. These cookies will be stored in your browser only with your consent. You also have the option to opt-out of these cookies. But opting out of some of these cookies may affect your browsing experience.
Necessary Always Enabled
Necessary cookies are absolutely essential for the website to function properly. These cookies ensure basic functionalities and security features of the website, anonymously.
Functional
Functional cookies help to perform certain functionalities like sharing the content of the website on social media platforms, collect feedbacks, and other third-party features.
Performance
Performance cookies are used to understand and analyze the key performance indexes of the website which helps in delivering a better user experience for the visitors.
Analytics
Analytical cookies are used to understand how visitors interact with the website. These cookies help provide information on metrics the number of visitors, bounce rate, traffic source, etc.
Advertisement
Advertisement cookies are used to provide visitors with relevant ads and marketing campaigns. These cookies track visitors across websites and collect information to provide customized ads.
Others
Other uncategorized cookies are those that are being analyzed and have not been classified into a category as yet.
SAVE & ACCEPT